Does the solution to using modern cloth nappies in Care Settings lie with Laundry services? 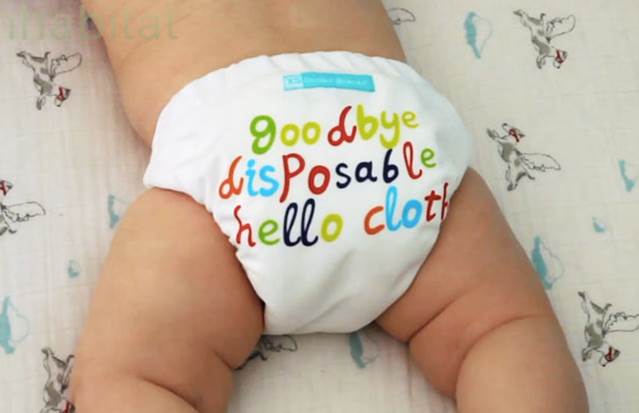 Conder House in the ACT and Lavenderia in Springwood, NSW are the two services approached.

Both have expanded their laundry chains in the ACT & along the NSW coast because the demand for using modern cloth nappies in childcare settings is driving them to expand.

Both use industrial washing machines which adhere to the Australian barrier standards needed for sanitisation and these machines can wash cloth nappies (terry and flannelette) at 71 degrees Celsius for 3 mins or 65 degrees Celsius for 20 mins without any need for other chemical sanitation.

Modern cloth nappies (with wool, cotton and natural fibres like hemp) cannot be washed above 60 degrees or lese the elastics degrade, so chemical sanitisers are used to adhere to hygiene standards.

The process for Lavenderia is a bit different from that of Conder House, however Conder use a biodegradable peroxide bleach in the wash which is not as harsh as the chemical sanitiser.

Both use industrial dryer systems that can control the temp to 60 degrees and for a much shorter burst than home dryers and the dryer is needed to ensure bacteria does not form in wet conditions.

Nappies in these systems are washed once and are never soaked. For business clients (ie Early years services) the process is as follows; 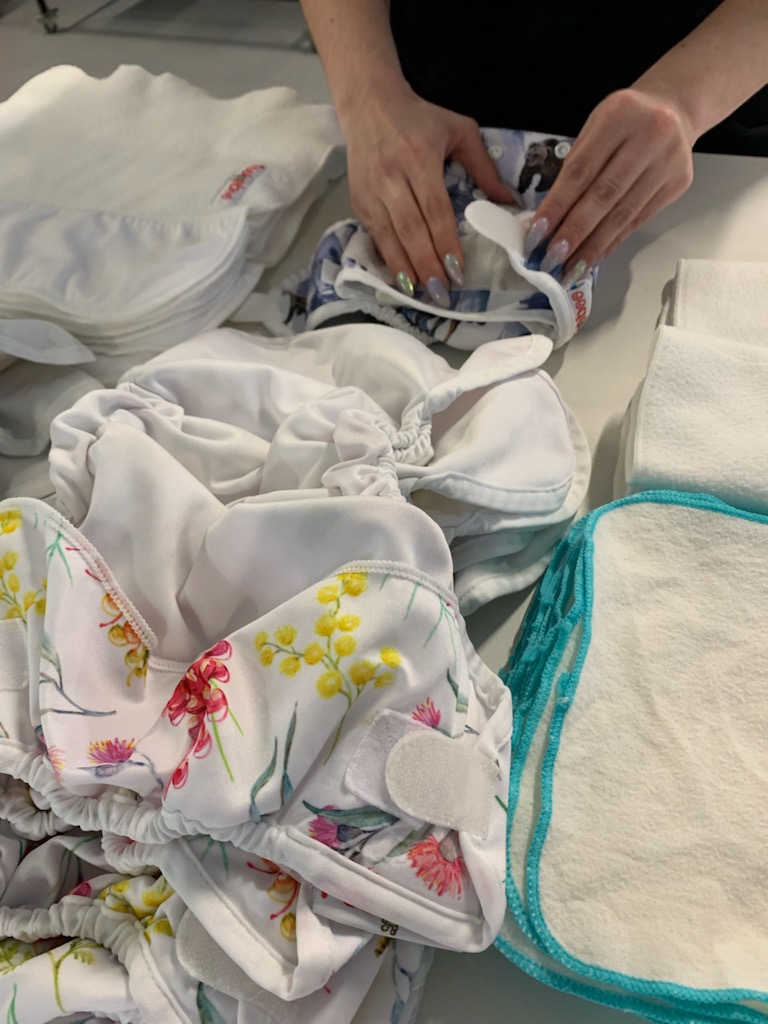 IN 2022 LGSWA TRIALLED WASHING NAPPIES IN PERTH ... Associated Laundry Services (ALS)  in Welshpool are a Hospital Linen Service who had never washed nappies before but when approached by LGSWA & partner the Nappy Guru to support a trial of washing, pick-up and delivery of nappies to Wind in the Willows Child Care Centre for a set period of time, were willing to give it a go.

It was a great success!!

To begin with, Associated Laundry Services (ALS) provided the Childcare centre with an outside collection bin system, a delivery and pick up service day and dissolvable red bags to collect used nappies, liners and wipes which lined the inside bin before being transferred to outside one, a couple times per day.

According to Geraldine from ALS, “Our washing ladies found the little nappies adorable and would ‘fight over’ who got to fold them”.    Geraldine & Cathy from ALS  also gave feedback for moving forward, stating that the whole process had been very much easier than expected and that they felt honoured to have been chosen for the trial: ‘We would happily keep servicing Wind in the Willows if they requested this and would be happy to service any other early years sites and welcome more as our washing machines handle large volumes’. 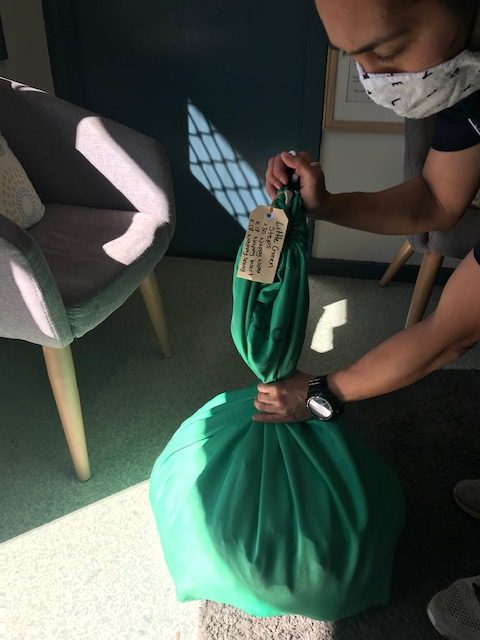